After having a rough start to her 2019 by suffering the first two losses of her career, ONE Championship strawweight titleholder Angela Lee feels like she’s been able to find new motivation and is looking to close out her year on a high note.

Following losses to Jingnan Xiong in March and to Michelle Nicolini in July, Lee was able to use the example of fighters from her school to help get her back on track as she prepares for her next fight.

“At the beginning of the year, I was coming back after injuring my back in November,” Lee told MMAWeekly.com. “After that (March) fight didn’t go my way, I wanted to fight again after that in the strawweight division, so I had another fight in July booked and that didn’t go my way either. It was a bit of a bummer.

“After the July fight, I was able to travel with a youth team to Europe to compete in some amateur MMA and Pankration tournaments. Right after those two losses, it was really inspiring for me to see these kids go out and be fearless and do what they love to do and take some gold back home. That really fired me up.”

Lee feels now that she is healthy and motivated, she’s been able to put herself 100-percent into training and feels like she’ll be able to rebound in her next fight.

“We didn’t hold back,” said Lee. “We pushed to the limit and beyond that. We’ve definitely made sure my body is ready. Mentally, we took some time to re-evaluate everything and find that hunger again. I’m definitely more motivated than ever and fight again and defend my belt.”

On Saturday in Tokyo, Lee (9-2) will look to get back on track when she defends her title in a rematch with Xiong (14-1) in the atomweight championship main event of ONE Championship: Century – Part 1, which will be broadcast live on TNT in the United States.

“We definitely learned a lot from the first match-up,” Lee said. “I think the fight was going my way up until the last round. Definitely, we fixed all the mistakes and the lack of preparation leading up to that fight.

“I think my back injury had a lot to do with what we could and couldn’t do and kind of limited my options when it came to the fight. Luckily since then I’ve been injury-free and have been able to train harder than ever. I’ve had a great camp, so I think everything is going great.”

Headlining a part of ONE’s North American television debut is a big thing to Lee, but much like the future, she chooses not to focus on that, but rather having her mind set to defending her title against Xiong.

“I know this is a huge deal and a huge opportunity for new eyes to see ONE Championship and the fighters for the first time, so I’m excited about that, but at the same time I don’t like to focus on it too much,” said Lee.

“I don’t like to think too far ahead. My focus is entirely on my next fight right now. The future can change at any moment, and right now I know exactly what I need to do. I know what’s in front of me. And that’s my main goal.” 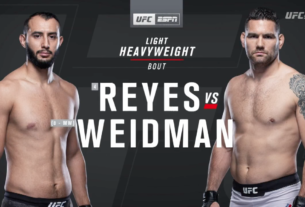 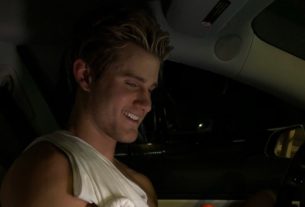