Skip to content
Corey Anderson understands hype around Johnny Walker, but ‘it’s a little too much’

LOS ANGELES – Corey Anderson has been campaigning for a title shot, but instead he drew a rising star.

Anderson takes on Johnny Walker next month at UFC 244, and he isn’t even sure a win would be enough for a title shot. Nothing surprises Anderson (12-4 MMA, 9-4 UFC) anymore, who’s on a three-fight winning streak with victories over Patrick Cummins, Glover Teixeira and most recently Ilir Latifi at UFC 232.

“I feel it should be enough, but at the same time I wouldn’t put it past them if it wouldn’t,” Anderson said Tuesday during Dominance MMA media day. “They said the same thing about Glover (Teixeira), him being at No. 3, everybody in the media said you should definitely be top five, you’ll be next in the running, and I said right there, ‘Don’t count the chickens; I doubt it.’ And sure enough rankings came out, and I was ranked like eighth or ninth, and I keep going down so, you never know. We have to see what happens.”

Walker is ranked lower than Anderson, but it’s an opportunity for Anderson to put a stop to the hype train and take out a notable name in the division.

“A lot of excitement because the excitement behind his name, the name Johnny Walker,” Anderson said. “You can’t mention him without the casuals busting a nut, so if I go out there and bust his (expletive), I feel like that would put me in a good spot. And, yeah, I wanted the title fight. I feel like I deserved the title fight, but as we all see now, the UFC isn’t what it used to be, isn’t if you beat the top guy, you get that spot. It’s who’s going to sell the top tickets and the top number and be exciting, and that’s what it takes to get those fights.”

And Anderson credits Walker for his entertaining style, but he doesn’t believe the hype is warranted. Anderson said there’s a big difference in the level of competition they’ve both faced, and it’s his job to show that on Nov. 2.

“I mean, it’s a little too much,” Anderson said. “He’s exciting. You can’t take that from him. He’s exciting, and he does exciting things. He’s got three first round finishes, but then you ask yourself who has he finished. The guys that he’s finished, it’s not like he’s going out there doing it to guys that are title contenders. I’m going out there, I dominated Glover Teixeira who was a title contender. He’s beaten guys that have never gotten past the top 10 yet, so I just need to go out there and show that. He hasn’t beat anyone in the top 10 yet.”


Corey Anderson understands hype around Johnny Walker, but 'it's a little too much' 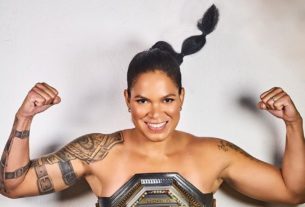 Where Dem Clothes At