“ONE Championship 100: Century – Part 2” takes place Sunday in Japan, and you can join us for live results of all of the action.

Part of a massive, two-event lineup for the promotion, the card takes place at Ryogoku Kokugikan in Tokyo and streams on B/R Live beginning at 4 a.m. ET.

Additionally, bantamweight champion Bibiano Fernandes (23-4) looks to defend his belt against a familiar foe in Kevin Belingon (20-5), with the two facing off four a fourth time.

Enjoy the fights, everyone. 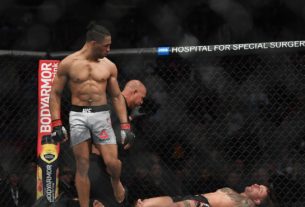