The winner of tonight’s headliner is expected to receive the next shot at Weili Zhang’s UFC strawweight title.

Joanna Jedrzejczyk (15-3 MMA) was most previously seen in action at December’s UFC 231 event, where she suffered a unanimous decision loss to Valentina Shevchenko in a fight for the promotions flyweight title.

The Polish star entered tonight’s UFC Tampa event having gone just 1-3 over her past four Octagon appearances, with her lone win in that time coming against Tecia Torres by decision.

Tonight’s UFC Tampa main event proved to be a one sided affair. Joanna was able to batter Waterson with low kicks throughout the fight on route to a unanimous decision victory. Following the contest, the Polish star said she is targeting a fight with current strawweight champion Weili Zhang next.

Check out how the pros reacted to Joanna Jedrzejczyk defeating Michelle Waterson in tonight’s headliner below:

Great heart by Michelle ..Joanna looked like a killer though her and zhang is gonna be fire

Joanna is a beast! #UFCTampa

Who would you like to see Joanna Jedrzejczyk fight next following her decision victory over Michelle Waterson at tonight’s UFC Tampa event? Sound off in the comments section PENN Nation! 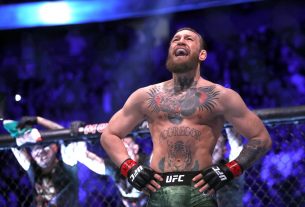 Sean Shelby’s Shoes: What’s next for Calvin Kattar after UFC on ESPN 13 win?