Colby Covington and Jorge Masvidal appear to be edging closer to potentially fighting each other, but Covington doesn’t see it that way.

Covington doesn’t think Masvidal will want to fight him because they’re not after the same things.

Ali Abdelaziz: I guarantee Kamaru Usman will make an example out of Colby Covington

“He’s just looking for a big-money fight, one opportunity, you know,” Covington told MMA Junkie. “Maybe he comes and fights me and he wants to take the losing paycheck, but my guess is he’ll look for Conor (McGregor), look for another big payday, and I’ll do what I do best and be at the top of the division, holding the undisputed crown.

“He’s a 50-50 journeyman. He’s fighting for the ‘BMF’ title, which stands for ‘Broken Mediocre Fighter.’ So you don’t step to the king, the undisputed king of the welterweight division, unless you want consequences of getting hurt and losing your health.”

A lot has been made about what may potentially happen if the two crossed paths at their gym, American Top Team. Covington says he has indeed seen Masvidal around, and that they’ve exchanged a few words, but no major altercations have happened.

And he doesn’t expect them to.

“As far as Jorge, we run into each other occasionally, and you know he has some things to say – but he knows better than to step to the king,” Covington said. “You don’t come at me unless you want to get hurt, and he knows he doesn’t want his health to get taken away before he fights Nate Diaz. That’s the biggest fight of his life, and he needs to show up to that.

Masvidal almost got the title shot against Usman over Covington, but negotiations fell through, and he diverted his attention to another kind of title. But Covington doesn’t see the winner of “Gamebred” and Diaz as possible next opponents. He thinks he’d be a terrible matchup for each of them.

“Honestly, I don’t see them as a potential opponent because they’re not going to want to fight me,” Covington said. “They don’t want to fight a guy they have no chance to win against – a guy where there’s 0 percent chance to win the fight, where the odds are negative-5,000 because it’s not even competitive. I’m a completely different level than those guys.”

Photos: Colby Covington through the years 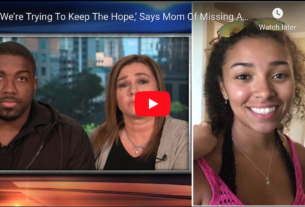