American Top Team coach and MMA legend Muhammed Lawal is impressed with the progress Greg Hardy has made in MMA.

The former NFL star is in his first year in the UFC and set for his fifth fight in the co-main event on Saturday when he takes on Alexander Volkov. The fight represents a massive step up in competition for Hardy, who has only fought UFC newcomers and prospects thus far.

Yet, Volkov is far from that. He is the former Bellator heavyweight champion and is a top-10 heavyweight in the UFC. The Russian is 4-1 in the UFC so far including a knockout win over Fabricio Werdum. Lawal believes this fight will really test how good Greg Hardy can be.

He believes his student can pass this test and possibly even finish Volkov.

“I am glad he is stepping up. It is good for him to take this fight. Greg Hardy had no combat sports background and everyone wanted to see him fight ranked guys right away. That is like you grabbing me and saying Mo, go play quarterback for the Cowboys next week,” Lawal told BJPENN.com of Hardy. “Man, I would get burned left and right. People need to realize Greg is a work in progress and learning on the job.

“He is doing his thing and he is ready to fight Volkov and athletically he can win this fight. If he does the right game plan he can stop Volkov. Volkov is a tough fight. Good striking, he beat Werdum, he was beating Derrick Lewis until he got caught,” Lawal continued. “He is a good fighter but so is Greg. Win or lose, Greg will learn from this fight but I think he wins and may finish Volkov.”

This is a huge fight for Hardy, and one that many fans believe he’ll lose. Yet, Lawal and the coaches at American Top Team are confident in his skill set and that he will get his hand raised in Moscow.

Do you think Greg Hardy can defeat Alexander Volkov? 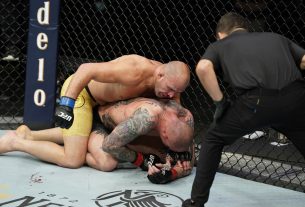 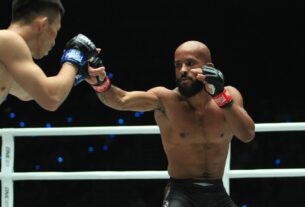