UFC middleweight contender Darren Till apparently regrets calling out Yoel Romero, posting a hilarious Instagram photo of him walking back the callout.

On Thursday, Till posted a photo of Romero on his social media, challenging him to a fight. Fans and media quickly picked up on it and everyone was pretty excited about the possibility of two of the middleweight division’s best going at it.

That may not happen now, as Till apparently regrets what he did. In his latest Instagram post, Till posted a hilarious photo and even funnier caption of the callout. Check it out below.

Beside the written caption is a beer emoji, indicating Till could have possibly been drinking when he called Romero out. Either way, it’s hilarious.

Till recently moved up to middleweight, defeating Kelvin Gastelum in his divisional debut at UFC 244 by split decision. Although the fight didn’t live up to expectations, Till still got the job done and he’s now ranked in the top-five at 185lbs. The win also snapped his two-fight losing skid and makes him an immediate title middleweight contender. There’s no doubt Till is set up for a big fight ahead at 185lbs. Whether that’s Romero or someone else we don’t know yet, but you can expect Till’s next fight to be announced in the next few months.

As for Romero, he is on two-fight slide with decision losses to Robert Whittaker and Paulo Costa in his last two fights. But he’s still one of the top-ranked middleweights in the UFC, and he could potentially be next in line to fight UFC middleweight champion Israel Adesanya due to Paulo Costa’s untimely injury. Even though Romero has technically lost three of his last four fights, he’s still clearly one of the best middleweights in the sport and would present a dangerous challenge to Adesanya if given that fight.

Do you want to see Darren Till fight Yoel Romero? 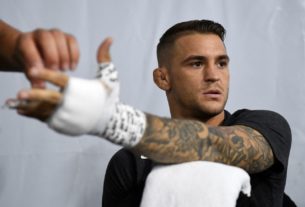 A decade in the making: Kate Jackson’s 10-year journey to a Bellator title shot