Robert Whittaker would like to fight Darren Till in London

Robert Whittaker isn’t looking for an easy route back to the top.

Whittaker, the former UFC middleweight champion, lost his title to Israel Adesanya at UFC 243 via second-round TKO in front of his hometown Melbourne, Australia, crowd. And while it was a bitter pill to swallow, Whittaker (20-5 MMA, 11-3 UFC) already has his sights set on his next opponent.

He wants Darren Till in London.

“That’s the fight I’m currently interested in,” Whittaker told The Daily Telegraph. “Plus I’ve never been to Europe before, so what better reason to go?”

Till (18-2-1 MMA, 6-2-1 UFC) is coming off a split decision win over Kelvin Gastelum in his 185-pound debut at UFC 244, narrowly edging the former interim middleweight title challenger who took Adesanya to the brink at UFC 236.

With the UFC most likely heading to London in March 2020, Whittaker hopes the “stars align,” and he gets to headline the show vs. the former 170-pound title challenger, Till.

Photos: Robert Whittaker through the years


Robert Whittaker would like to fight Darren Till in London

Corey Anderson: ‘I have no interest in fighting Anthony Smith’

Bellator 232: Make your predictions for Rory MacDonald vs. Douglas Lima 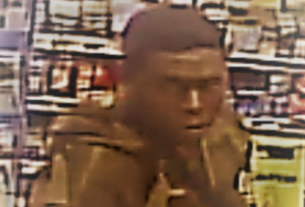 ‘Person Of Interest’ Sought In Case Of Aniah Blanchard