It might seem peculiar that Germaine de Randamie didn’t want to fight Amanda Nunes at featherweight at UFC 245, since she was a previous UFC featherweight champion. But she gave her reason at the UFC 245 New York press conference as to why bantamweight is the weight at which she wants to fight Nunes.

Tune in to MMAWeekly.com for UFC 245: Usman vs. Covington live results on Saturday, Dec. 14. Welterweight champion Kamaru Usman puts his belt on the line opposite bitter rival Colby Covington in the headliner, while featherweight titleholder Max Holloway defends against Alexander Volkanovski in the UFC 245 co-main event. Amanda Nunes, a dual-division champion, puts her bantamweight title up against Germaine de Randamie, rounding out a championship tripleheader. 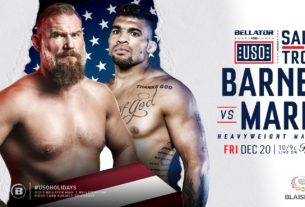 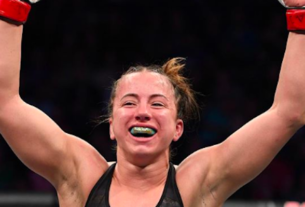 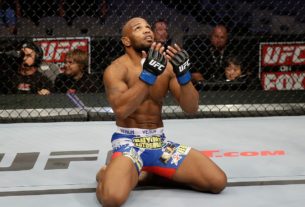