Cheyanne Buys is focused on LFA 78 bout, but has UFC in her sights

Over the course of her nearly two-year pro MMA career, strawweight Cheyanne Buys has had something of an unconventional career, but she takes it all in stride with the help of her husband, JP, also a fighter.

Originally from Florida, Buys moved to South Africa with her husband and has since returned Stateside in hopes of finding more consistency than she’s had up to this point in her career.

“It has been quite the journey,” Buys told MMAWeekly.com. “I’ve fought all over the world. I’ve fought in Canada, I’ve fought in South Africa, I got married to another professional fighter; it’s just a never-ending journey that I’m loving right now.

“The good thing is having a husband that also does this. We both have a very strong mindset, so anytime we have obstacles that come in our way, we’ll try to fix the problem then and keep moving forward. We try not to anything stop us.”

Finding training where and when she could, Buys feels like she’s still been able to evolve as a fighter and has matured the past two years into a more complete athlete.

“I feel like I’m the same fighter, but I’m a more skilled and hungrier fighter,” said Buys. “From my first fight to my now my fifth pro fight I’ve gained a lot more knowledge since then, but I’m still the same aggressive fighter, still the same Cheyenne, just with more added skills.”

“To get the win against Rebecca what I need to do is stick to the game plan and just stick to the formula,” Buys said.

“With Rebecca we’re not exactly too sure what to expect, because when you look up Rebecca there’s only one video. So we’re just going to be prepared for everything and anything on what she’s going to have to offer; but it’s also not going to matter; I’ve just got to stick to the game plan and execute.”

Now that she’s living in the States again and will be able to fight more often, Buys is looking not only to make a run in the strawweight division, but also get what she feels is a long overdue bout with another LFA fighter.

“The goal is the UFC – always the UFC – but you never know what could happen after each fight,” said Buys. “So after this fight whether it’s the UFC or LFA, I’ll always be ready.

Cheyanne Buys is focused on LFA 78 bout, but has UFC in her sights

Amanda Nunes: I beat Germaine de Randamie before, so ‘imagine now’ at UFC 245 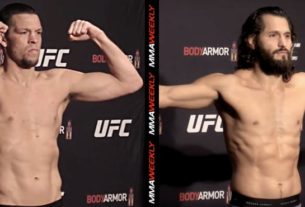