“Personally, I feel that if it was a set up, it was someone that knew Aniah and that knew her well and it’s someone that would be running with those type of people.’’ — Angela Harris

Aniah Blanchard, stepdaughter of UFC heavyweight contender Walt Harris, has been missing since late October, though her car was recently recovered outside an apartment complex in Montgomery, Alabama. A substantial amount of blood was found at the scene, leading to the arrest of Ibraheem Yazeed.

Was this a random act of violence?

“There’s a lot of things that don’t make sense to us,” Harris told Dr. Phil. “It seems like it was actually set up and it was something that was planned. You had to know where that was to put that car there. Whoever took her car there knew where they were going, for sure.”

A preliminary hearing is set for Nov. 20.

Yazeed is no stranger to the criminal justice system, with a lengthy rap sheet dating back to 2011. He was already out on bond for kidnapping, robbery, attempted murder, and drug possession on the day of Blanchard’s disappearance. 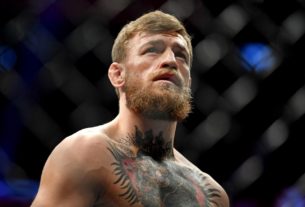