Skip to content
Jared Cannonier open to fighting Darren Till, believes he’s one good win away from title shot

Jared Cannonier has emerged as a top middleweight contender, and thinks he’s one impressive win away from a UFC title shot.

“He looked good. He looks very smart – intelligent fighter. He just shut Kelvin down at every turn. Any type of game plan Kelvin tried to implement, Darren Till shut it down and came out victorious.”

Cannonier, who was serving as a standby alternate for the Till vs. Gastelum fight, has won three straight since dropping down to 185 pounds. He took out former dual WSOF champion David Branch, former UFC middleweight king Anderson Silva, and notched a “Performance of the Night” over Jack Hermansson in his most recent outing in September.

He knows his position in the talent-filled middleweight division, which is why he wants to make sure he takes the right fight moving forward. With UFC middleweight champ Israel Adesanya rumored to take on Yoel Romero next, Cannonier thinks he needs one more impressive showing to be next in line for a title shot.

“I’ll take a fight as long as it gets me a title shot,” Cannonier said. “I don’t want to say I won’t take a fight. I used to say I’ll take any fight. But at this point in my career, I have to be smart. I can’t just take any fight, so I have to listen to my managers and my coaches in that regard and take the best fight. So hopefully the UFC gives me the right fight. I’m thinking anybody in front of me – anybody who gets me a title shot.”


Jared Cannonier open to fighting Darren Till, believes he's one good win away from title shot 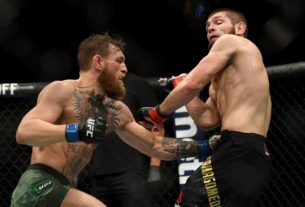 Dana White explains why he is giving Dustin Jacoby a second chance in the UFC: “I said f*ck it”