Murdock (12-3 MMA, 0-0 UFC), a 28-year-old Team Alpha Male fighter, went under the knife in an attempt to fix a moyamoya, a rare condition that results in the narrowing of the artery to the brain, which can result in strokes.

“Hey everyone! So @vincemurdock surgeon just came out to talk to us and let us know his surgery went great! We get to go and see him in ICU in an hour and a half!!!!! Yayyyyy! Thank you everyone for all your support and prayers!”

“… The love of my life has just underwent the toughest battle he has had to face! I’m so beyond proud of you and I can’t wait to kiss and hold you! You did it baby! I love you so much!”

Murdock’s friends and family flocked to social media to congratulate him on getting through the procedure and wish him well as he recovers. Thursday afternoon, one of Murdock’s Facebook friends posted this image of Murdock:

Murdock, who took a bout against Jordan Griffin at UFC on ESPN 3, was removed from the card when he could not obtain medical clearance. Shortly thereafter, news surfaced Murdock was flagged by USADA for Cardarine metabolites and suspended 20-months as a result.

But it turned out Murdock’s removal from UFC Minneapolis wasn’t due to the USADA flag, but a result of medical abnormalities. In pre-fight medical testing, Murdock was diagnosed with high-grade cerebral stenosis.

When he returned home to California, the featherweight fighter underwent further testing and was diagnosed with the rare medical condition moyamoya. As a result, Murdock will have to undergo a cerebral artery bypass and a craniotomy.

“This physical just happened to save Vince’s life,” coach and teammate Urijah Faber said in a video posted online. “We found out that although he wasn’t having any symptoms that he’s got a very rare, rare brain condition.”

Faber detailed how important Murdock has been to the team-oriented vibe in the gym and asked for the MMA community’s help in raising money through a Go Fund Me account titled “Save Vinny’s Brain”. 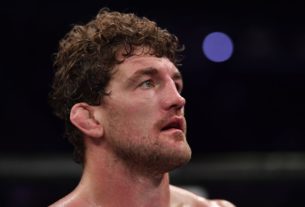 Askren: I’d Be Lying If I Said I Wasn’t Considering Retirement 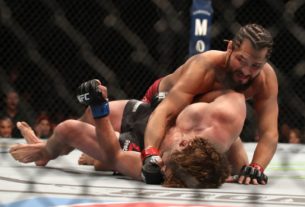