Asia’s largest MMA promotion is back in action on Friday, as ONE Championship heads to mainland China.

“ONE Championship 103: Age of Dragons” goes down at Cadillac Arena in Beijing, and will air in the United States on B/R Live.

In the main event of the MMA portion of the evening’s proceedings in a multi-combat-sport event, Lauren Ballin (11-5 MMA) squares off with Meng Bo (13-5) in a strawweight fight. Aregntina’s Ballin is looking to shake off a two-fight losing streak; while the Chinese Bo carries a three-fight winning streak into her ONE Championship debut.

Can’t wait until Friday for ONE Championship to start? Then whet your appetite for the exciting event by clicking on the open workouts video linked above. 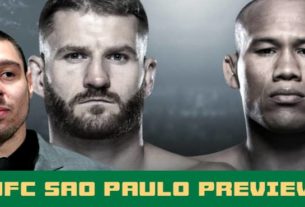