That was good enough to give him a shot at dethroning Machida at UFC 104, who at the time was 15-0, and had just recently won the 205-pound strap after knocking out Rashad Evans at UFC 98.

For five rounds, Machida and Rua put on a show for fight fans around the world, as each man had his shining moments throughout the title fight. But as the fight went on, it was clear “Shogun” was getting the best of “The Dragon,” and on his way to a clear decision win.

The judges, however, did not see it that way, giving the unanimous decision to Machida. many were upset at the call, and even UFC president Dana White could be seen telling Rua inside the Octagon that he won the fight. As a result of the decision, UFC opted to book an immediate rematch seven months later at UFC 113.

This time around, “Shogun” left no doubt as to who the best 205-pound fighter on the planet was, as he knocked out Machida in the very first round, becoming the first and only man to hold the division title for both PRIDE and UFC.

A decade later, and Rua is still going strong, as he has gone a solid four of five since 2015 and was seemingly on the cusp of another title shot before running into Anthony Smith in 2018. After taking out Tyson Pedro in his last outing, “Shogun” looks to score back-to-back wins in hopes of mounting yet another title run.

Remember that MMAmania.com will deliver LIVE round-by-round, blow-by-blow coverage of the entire UFC Fight Night 164 fight card this weekend RIGHT HERE, starting with the ESPN+“Prelims” that are scheduled to begin at 5 p.m. ET, then the main card portion that will also stream on ESPN+ at 8 p.m. ET.

To check out the latest and greatest UFC Fight Night 164: “Jacare vs. Blachowicz” news and notes be sure to hit up our comprehensive event archive right here. 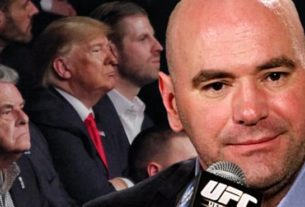