Speaking to reporters in the post-fight press conference, Craig said he was interested in the rematch, but he didn’t expect Rua to accept it. Here’s what Craig said.

“The next step is, there’s rumors that UFC Glasgow’s going to happen. That’d be my hometown. If I did that in a two-week fight camp, what can I do in an eight-week fight camp? So is there any opportunity to face Shogun Rua again? Only he’d be able to tell you that, because I would take that fight in a heartbeat. Going with how his face looked after that fight, I can’t see him accepting that fight,” Craig said.

Rua, much to Craig’s surprise, immediately agreed to the rematch and believes the two should run it back after this fight resulted in the dreaded split draw. Rua even said he will travel to Craig’s native Scotland for the rematch. Here’s what Rua told reporters post-fight.

“He’s already been talking about a rematch. I don’t know where. I’ll accept it. I think that we deserve a rematch for this fight. I don’t think this was resolved. With all due respect to him, he’s a great athlete, and that’s it,” Rua said.

“I would accept (a rematch) if Paul accepts it. If the UFC wants it, I would accept it. I think we deserve a rematch for this fight. For sure (I’d go to Glasgow) to fight him. We just gotta look at the dates, but if my team says okay, I’ll definitely go out there.”

Are you interested in a rematch between Mauricio “Shogun” Rua and Paul Craig? 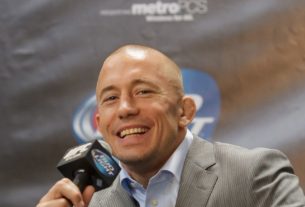