It’s no surprise Charles Oliveira picked up another finish Saturday at UFC on ESPN+ 22. What may have surprised some people, however, is the manner in which he did it.

A 37-fight veteran, Oliveira has picked up the first two TKO finishes of his career in his last two appearances – which speaks to his versatility. Over the span of his 25-fight UFC tenure, Oliveira has won by six different methods of submission.

Oliveira is the record holder for most submission victories in UFC history. He’s sitting in second all time for most finishes overall, and he’s tied for second all time in performance bonuses. Suffice to say, Oliveira has become much-see TV.

Check out seven of Oliveira’s best UFC finishes in the video below: 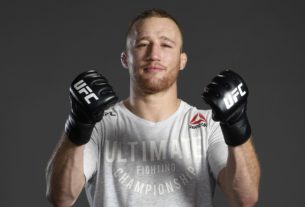