Page blamed Miragliotta for calling him a “piece of shit” for his post-fight celebration at Bellator 227, which ended by way of flying knee. “Venom” was accused of telling the veteran man in black to “fuck off,” prompting the verbal retaliation.

“He came up to me and he apologized for … just the whole thing,” Page told the Eurobash podcast. “We had a nice discussion so for me, that episode is now past; it’s old news now. That’s all I said I wanted, I wanted to have a face to face with him. All respect to him, he came up to me and we’ve squashed that. It’s just a thing of the past now.”

Page (15-1) returns to the cage for Bellator “London” this weekend across the pond. That’s where “Venom” will throw hands opposite Giovanni Melillo in the five-round main event. The referee assignment for their headlining affair has yet to be revealed. 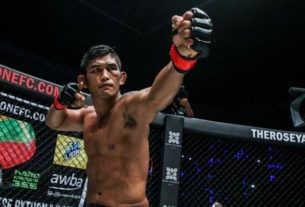 Aung La Nsang plans an ugly fight against Brandon Vera at ONE: Century