“Ready to Rise” is a short promo video for UFC 245 centered around the night’s headliner, a grudge match between Usman and Covington. Check out the video below. 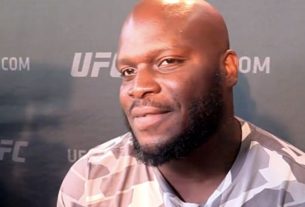 Anthony Smith calls out Corey Anderson: Sign the contract or be humble and shut your mouth