Masvidal, who has fought for nearly every major MMA promotion throughout his 16-year professional career, has produced one of the most fascinating and impressive campaigns in combat sports in 2019. After knocking out Darren Till with one punch back in March the talented veteran followed his efforts up with a record-setting, five-second knockout finish over Ben Askren back in July. Masvidal then used those wins to launch himself into a massive bout with Nate Diaz at UFC 244 in New York City for the “BMF” title, which Masvidal ended up winning via third-round TKO (see it again HERE).

Masvidal’s success over the past eight months has catapulted him into superstar status after so many years of flying under the radar. It’s quite spectacular, especially considering “Gamebred” has the fighting skills and self-promoting abilities to back his efforts up.

After a three-fight stretch that is likely to land Masvidal Fighter of the Year honors when it’s all said and done, the 35-year-old veteran will be able to pick his own shots entering 2020. According to American Top Team owner, Dan Lambert, Masvidal would be better suited taking a money fight and cashing in on his current momentum rather than waiting for his first official UFC title shot.

“You know, I think if Jorge were 10 years younger, he’d probably be looking for a title fight next,” Lambert told TheLowKickMMA’s Jon Fuentes. “I think at this stage in Jorge’s life and his career I think Jorge wants whatever makes him the most money. So I think Jorge is going to have to wait and see what his options are.

“If Jorge had the opportunity to wait and fight a Conor McGregor, or if some of this talk gets legitimized about a potential boxing match with Canelo, and Jorge has the opportunity to go make that kind of money, I would strongly encourage Jorge to go grab that money. Because, you know, business, you never know what’s going to happen or when it’s going to happen. You got to grab it when you can.”

While many may disagree with Lambert’s assessment of Masvidal’s next move, the importance he puts on “grabbing it while you can” is completely accurate. Today’s MMA is no longer dictated by rankings, contenders, champions, and title shots. Instead, it is ran by superstars, money fights, fan favorite matchups, trash talk, and ultimately grand exposure. Just look at Masvidal’s clash with Diaz at UFC 244. That was easily one of the biggest fights of the year for UFC and it was contested for a fake belt handed over by “The Rock.”

If Masvidal does bypass a potential UFC title shot and grudge match with former friend Colby Covington he’ll have a ton of options to chose from. Not only has Masvidal already discussed a money fight with the much-smaller Conor McGregor, but “Gamebred” has also thrown his hat into the ring for a crossover bout with boxing champion Canelo Alvarez and an ultra-exciting clash with Nick Diaz, who hasn’t competed inside of the cage since 2015.

Only time will tell what Masvidal decides to do next, but he’ll still remain one of the most talked about MMA fighters in the world today entering 2020. 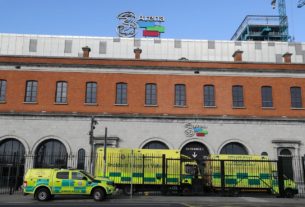