LONDON – Michael Page is well aware of the challenges that come with a late switch of opponents.

“Venom” originally was scheduled to take on fellow promotional veteran Derek Anderson in the main event of Saturday’s Bellator Europe 6 event, but that bout was scrapped after Anderson was forced to withdraw due to injury. Now, Page (15-1 MMA, 10-1 BMMA) instead will welcome newcomer Giovanni Melillo.

Some might think that fighting a fairly unknown Melillo (13-4 MMA) should be a much easier outing than the battle-tested Anderson. Page neither agrees nor disagrees, but acknowledges the late switch of opponents does throw a wrench in the equation.

“It is a different kind of challenge because it’s short notice,” Page told MMA Junkie at media day. “I have to adapt to certain things towards someone specific and, yeah, how to change for a different style.

“Everyone thinks it always benefits the person that’s been preparing but not necessarily. At the same time, there are difficulties for both sides, and he’s going to come in as the underdog. But at the same time, he’s got nothing to lose, so he can come in guns blazing, and he knows if he gets what he wants to happen that day, it’s a big ‘Rocky’ moment for him. So you have to be careful for those kind of guys.”

Although the fighting style Page will face now is much different than the original one, MVP will still be his vintage self in the cage. For him, that’s non-negotiable.

“Mostly is just being MVP, but the coaches adjusted a couple of things,” Page explained. “I leave it to them, like I said. I called in the scientists, and I leave it to them. It’s slightly different now. We might have to go a bit more to this side, follow this a little bit more, but in general is just you being you.

“My whole style is entertainment. Before I get to the cage, before the bell is even rung, people are already entertained by me. You already made your money. So for me, my whole package is entertainment. I don’t have to turn it on; that’s just me. My job is to get the job done in the cage, get the win, and then again everyone will be just that much happier in the night.” 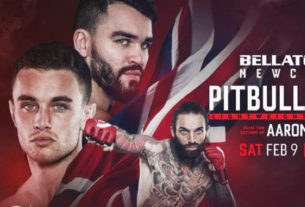