UFC 245: Usman vs. Covington – Inside the Octagon preview video

In this episode of Inside the Octagon, John Gooden and Dan Hardy preview the UFC 245 main event between Champion Kamaru Usman and challenger Colby Covington.

Having terrorized the Welterweight division since 2015, Kamaru Usman’s ten-fight winning streak culminated this March with a stunning demolition of Tyron Woodley. And now, in his first title defense, he faces a rowdy rival, who has walked-the-walk and talked-the-talk.

Colby Covington’s own impressive rise in the division, has seen him prove beyond doubt his championship calibre, and now, he gets his shot at the undisputed title.

Will Covington’s dream become a Nigerian nightmare or will Chaos reign at UFC 245?

Tune in to MMAWeekly.com for full UFC 245: Usman vs. Covington Live Results on Saturday, December 14, 2019, from T-Mobile Arena in Las Vegas. The fight card is topped by three championship bouts. Welterweight champion Kamaru Usman faces challenger Colby Covington in the main event grudge match. Max Holloway puts his featherweight title on the line opposite Alexander Volkanovski in the UFC 245 co-main event. Double-champ Amanda Nunes makes the next defense of her bantamweight belt in a rematch with Germaine de Randamie to round out the tripleheader.

UFC 245: Usman vs. Covington – Inside the Octagon preview video 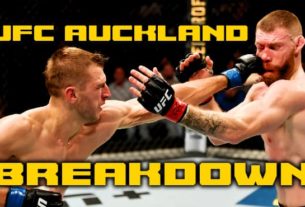 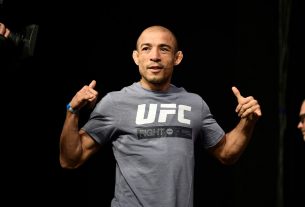 Bellator 243 predictions: Chandler or Henderson? Which former champ comes out on top?