Chandler, 33, is coming off a disappointing knockout loss to Patricio Freire back at Bellator 221 this past May in which he lost his 155-pound title. It was the first knockout loss suffered by Chandler since Will Brooks defeated him via TKO all the way back in 2014. The Bellator legend is hoping to right the ship entering 2020 and do what he needs to do in order to get back into title contention and land his rematch with “Pitbull.”

Heading into Chandler’s return to action later tonight at Bellator Japan, the promotion was nice enough to release some of the best knockout finishes in the career of “Iron” Mike. Check them out in the above video player.

While Outlaw isn’t a name that’s going to catapult Chandler right back to where he was this time last year, the co-main event replacement does possess an impressive ground game capable of dictating any fight. It will be up to Chandler to wade through the pressure, find his shots, and put an exclamation on his return to the Bellator cage. 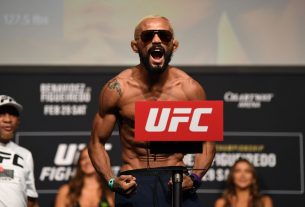