Ben Askren says he has interviewed with ESPN for commentary gig

Former UFC welterweight contender Ben Askren said that he recently had an interview with sports leader ESPN for an MMA commentary gig.

Askren retired from mixed martial arts after suffering a technical submission loss to Demian Maia in the main event of UFC Singapore. Prior to that, he was knocked out in just five seconds by Jorge Masvidal at UFC 239 after winning his Octagon debut via controversial technical submission against Robbie Lawler at UFC 235.

Askren cited hip injuries as the main reason for his retirement from the sport, but despite retiring from competition, he has stayed relevant by staying active on social media. Askren was always known for having one of the best gifts of gab in the sport and in his retirement he sees it as a way to stay involved in the sport and keep making a living from MMA.

After officially announcing his retirement, Askren told TMZ Sports that he was considering making a run at MMA commentary. In a new Twitter post, Askren confirmed that he has indeed stayed true to that, having recently had a job interview with ESPN.

Here’s what Askren said to a fan in response to if he has considered doing commentary.

I interviewed with @espn yesterday, we will see what comes of it. https://t.co/XmsUUDDelr

“I interviewed with @espn yesterday, we will see what comes of it.”

Love him or hate him, it’s hard to disagree with the fact Askren is great on the mic and would be a natural fit in the commentary booth. Not only did he have a very successful career in MMA as a fighter, having been the former Bellator and ONE welterweight champions, but he often gives his piping hot takes on his social media, where he has become one of the most popular figures in the MMA space.

Would you like to see Ben Askren try his hand at MMA commentary?

The post Ben Askren says he has interviewed with ESPN for commentary gig appeared first on | BJPenn.com. 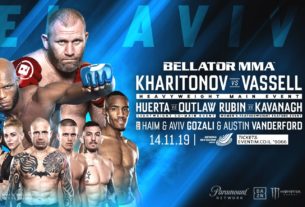