McGregor: ‘There Was An Offer To Fight Pacquiao’

Former UFC champion, Conor McGregor, did so well against Floyd Mayweather when they boxed in summer 2017, that “Notorious” believes he belongs among the elite pugilists in the “sweet science” and vows to make his in-ring return at some point in the very near future.

Let’s hope for his sake “Money” didn’t “carry him” the entire fight.

McGregor brought Paulie Malignaggi into his Floyd Mayweather camp but the relationship quickly soured when UFC released footage of “Notorious” dropping “Magic Man” while sparring, which may or may not have been a slip or a trip.

Either way, it led to this eventual bare-knuckle grudge match back in 2019.

McGregor won’t be boxing Pacquiao or anyone else until he first gets past Donald Cerrone in the UFC 246 pay-per-view (PPV) main event this Sat. night (Jan. 18, 2020) inside T-Mobile Arena in Las Vegas, Nevada, a bout that is expected to earn him another title shot.

Remember that MMAmania.com will deliver LIVE round-by-round, blow-by-blow coverage of the entire UFC 246 fight card this weekend RIGHT HERE, starting with the Fight Pass/ESPN+ “Prelims” matches online, which are scheduled to begin at 6 p.m. ET, then the remaining undercard balance on ESPN at 8 p.m. ET, before the PPV main card start time at 10 p.m. ET on ESPN+.

To check out the latest and greatest “McGregor vs. Cerrone” news and notes be sure to hit up our comprehensive event archive right here. For the entire UFC 246 fight card and PPV line up click here. 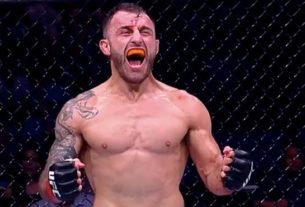 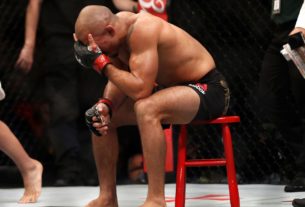