LAS VEGAS – MMA Junkie is on site all week for UFC 246, and staff reporters Mike Bohn and Simon Head have you covered with a recap of what went down Wednesday.

What did we learn from the pre-fight press conference, where former UFC champ Conor McGregor (21-4 MMA, 9-2 UFC) and promotional wins leader Donald Cerrone (36-13 MMA, 23-10 UFC) had their first face-to-face interaction?

Bohn and Head answer that and more in our reaction video, which you can watch above.

UFC 246, headlined by McGregor vs. “Cowboy,” takes place Saturday at T-Mobile Arena in Las Vegas and airs on pay-per-view following prelims on ESPN and early prelims on ESPN+/UFC Fight Pass.

Video: What’s the point of rules if they’re not enforced? 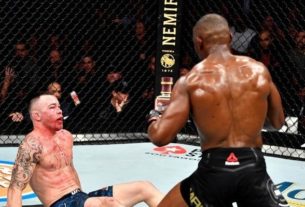