In the blockbuster event of UFC 246 at the Las Vegas T-Mobile Arena, the Irishman faced Cowboy for the first time since his 2018 loss to Khabib Nurmagomedov. McGregor was submitted by the lightweight champion in the fourth round and was eager to bounce back with a victory in his Octagon return against Cerrone.

On the other hand, Cowboy was coming off a loss against Justin Gaethje in 2018. Cerrone experienced the knock-out power of Gaethje and was finished in the first round of their UFC Vancouver bout.

Despite having accomplished one of the largest fighting records in UFC history, Cerrone couldn’t overthrow his Irish opponent in tonight’s main event.

During the first round, McGregor was able to change levels in the clinch to administer deadly shoulder strikes to the jaw of Cowboy Cerrone. ‘The Notorious’ noticeably wounded his opponent, and followed up with a devastating leg kick that only added insult to injury. McGregor continued his attack with deadly blows that dropped Cowboy to the Octagon floor and ultimately concluded the fight. The Irishman claimed the victory by TKO in 40 seconds of the first round.

Nate Diaz occupies a unique position, having fought and defeated both of the UFC 246 headline contenders. The Stockton native submitted McGregor by rear-naked choke in the main event of their UFC 202 showdown. However, Diaz lost their rematch by a controversial majority decision a few months later. He also defeated Cerrone by unanimous decision in their 2011 bout. During his last fight, Diaz lost to Jorge Masvidal for the unprecedented ‘BMF’ title. Despite losing the fight after the third round, Diaz is still regarded as one of the baddest fighters on the UFC roster.

The ‘BMF’ contender gave a short but savage response to the 170-pound warriors on his Twitter page:

And why the fuck u in a robe
Smh

I see you out there using my moves.

What do you make of the Stockton slappers’ comments? Sound off in the comments below at Penn nation! 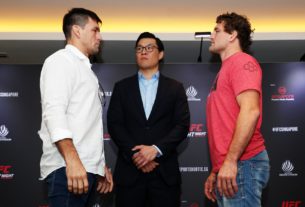 Fighter On Fighter! Breaking Down Maia AND Askren! 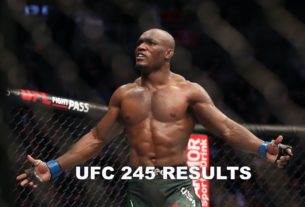