UFC 246 fighter salaries: Conor McGregor towers over the event and the fighter payroll

UFC 246 was littered with outstanding performances and fantastic finishes, but perhaps none so spectacular as the return of Conor McGregor, who reenforced his position as the top draw in the mixed martial arts world.

While McGregor would easily have been forgiven for a slow start to shake off more than a year’s worth of ring rust, he didn’t so much as have to brush the dust off of his sleeve.

McGregor stormed the Octagon and Cerrone, leaving Cowboy in a heap just 40 seconds into the opening round of the UFC 246 main event.

The Irishman said before the event that he believed he’d earn somewhere in the neighborhood of $80 million from this fight when all was said and done. That’s always difficult to track, particularly when we don’t know all the various income streams to which he was referring.

McGregor did, however, top the UFC 246 list of fighter salaries at $3 million. He’ll certainly earn quite a bit more than that when pay-per-view points are added to the equation, but that number isn’t publicly disclosed.

Cerrone and his former teammate, UFC 246 co-main eventer Holly Holm, fell far behind McGregor in disclosed payout, each of them earning $200,000.

The figures in the reported UFC 246 fighter salaries below represent the disclosed payroll submitted to the Nevada State Athletic Commission. Any other discretionary bonuses, pay-per-view points, etc., are not disclosed to the regulatory body and are not included here.

UFC 246 fighter salaries: Conor McGregor towers over the event and the fighter payroll 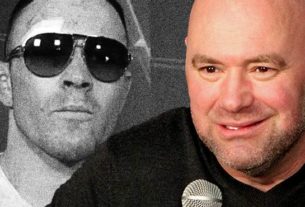 Dana White: Colby Covington should worry about Kamaru Usman, not me strapping the belt on him 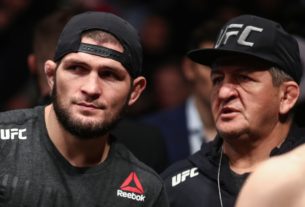