ALBUQUERQUE, N.M. – History will be made at UFC on ESPN+ 25 on Saturday when, for the first time in the UFC’s existence, a husband and wife will compete on the same card.

Montana De La Rosa (10-5 MMA, 3-1 UFC) and Mark De La Rosa (11-3 MMA, 2-3 UFC) are both set to compete in individual bouts at the upcoming event. It’s not uncommon for teammates to share cards, or even siblings, but this is a unique situation that is unprecedented under the UFC banner.

Although both admitted to some training camp challenges given the chaotic schedule which also includes caring for their daughter, now that it’s fight week, any stresses are gone.

“I think we’ve handled it good so far,” Montana told MMA Junkie at UFC on ESPN+ 25 media day on Thursday. “I guess we’ll see how Saturday goes, but I feel like it’s not too bad.”

For Mark, the excitement of sharing a card with his wife is real. Both of them have been in the UFC for a couple years now, and oftentimes their schedules just miss syncing up. They are aligned perfectly this time, though, and Mark relishes it.

“Montana got booked first, then I was just sitting on the sidelines,” Mark said. “It kind of sucks whenever she fights first, because she fights and then after that she’s celebrating and I’m always like, ‘I can’t celebrate. I can’t eat because I know I’m going to get booked right after.’

“It’s exciting. As soon as they offered it, I jumped on it right away.”

Both said they are confident in their respective matchups, and see an avenue to submission wins. They are both not only seeking their “win” money from UFC on ESPN+ 25, but they are chasing “Performance of the Night” bonuses, too.

To hear more from the De La Rosas, check out their full media day interview in the video above. 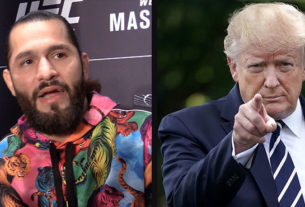 Top fighters of the 2010s discussion: Why is Conor McGregor ranked above Khabib?