Any lingering hope for Jared Cannonier vs. Darren Till at UFC 248 has now been squashed.

Although their potential middleweight title eliminator on March 7 in Las Vegas was already very much in question due to Till’s contract negotiations with the UFC and his issues obtaining a visa, the matchup is now completely off the table because of an injury to Cannonier (13-4 MMA, 6-4 UFC).

Cannonier took to social media on Friday and revealed that he has suffered a torn pectoral muscle and will require surgery. He said the injury occurred during his recent visit to Houston for UFC 247, and argued it wouldn’t have happened if the bout with Till (18-2-1 MMA, 6-2-1 UFC) had already been made official (via a main event win over Jack Hermansson at UFC on ESPN+ 18 in October, hinted that recovery could keep him out of action for the majority of the year.

Not only will he not fight Till at UFC 248, he also won’t be able to be on standby as a backup should anything happen in the middleweight title headliner between Israel Adesanya and Yoel Romero. 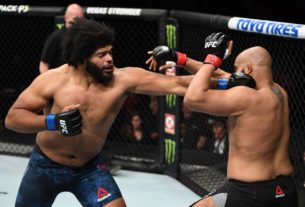 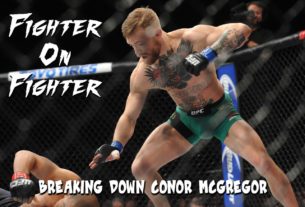 Fighter On Fighter! Breaking Down ‘Notorious!’