Jorge Masvidal says he will fight Leon Edwards if the Englishman can get past Tyron Woodley this March.

Edwards will take on Woodley in the main event of UFC London in a potential number one contender fight. Heading into the fight, the Birmingham native says he is in the former champs head and is confident he will get his hand raised.

Should he beat Woodley, Jorge Masvidal says he would fight Edwards, as their rivalry goes back a year to when “Gamebred” hit him backstage with what he declared to be a three-piece and soda.

Following the encounter many expected that fight to be booked next, but it never was. Instead, the two went their own ways but now may be close to fighting one another.

“If Leon wins the fight, it’s going to happen. Me and him are going to definitely fight, because now he’s a very strong candidate for the fight,” Jorge Masvidal said on Submission Radio.

If Woodley beats Edwards, ‘Gamebred’ isn’t interested in that fight because he and the former champion have a good relationship.

“In the case of Woodley, if I had to pick a guy I wouldn’t fight, it would be him. That’s not a guy that I want to fight. But if we’re going fight, if we’re both in position for the belt, yeah, we’ll do it, and there’d be no heat about it,” he said. “Afterward, we’d go hang out, eat food, talk s**t. Me and Woodley have a really good relationship and we see things really similar. It’s just business. It’s nothing personal.”

Jorge Masvidal is expected to take on Kamaru Usman for the welterweight title at International Fight Week. But, Colby Covington recently came out and said to BJPENN Radio that ‘Gamebred’ won’t sign the contract to fight for the title. So, perhaps Masvidal vs. Edwards may happen next.

Would you be interested in seeing Jorge Masvidal vs. Leon Edwards? Sound off in the comment section, PENN Nation!

The post Jorge Masvidal says he will ‘definitely fight’ Leon Edwards if he beats Tyron Woodley appeared first on | BJPenn.com. 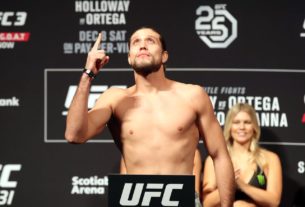 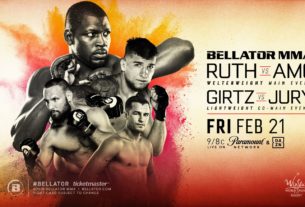 Khabib Nurmagomedov, Tony Ferguson to Battle on April 18 in Brooklyn