Khabib Nurmagomedov more motivated than ever: Past opponents not as tough as Tony Ferguson

Undefeated Nurmagomedov has already defended his title twice, with submission finishes over Conor McGregor and most recently, Dustin Poirier at this past September’s UFC 242.

But with Ferguson, Nurmagomedov admits he’s had an extra pep in his step during training camp for an opponent that has proven just how durable he is.

“I think, just my opinion, like last couple of years, I compete with guys like (Edson) Barboza, (Rafael) dos Anjos, Conor, Poirier, (Al) Iaquinta – all of these guys not tough like Tony Ferguson, and that’s why I feel like now I have real motivation,” Nurmagomedov told TMZ Sports. “Because before, when I watch all these opponents I think, ‘OK, I can beat these guys.’ Of course I work hard, but right now, it’s like very, very tough opponent. That’s why, and we focus like always, but right now we have more focus, more hard work.

“Tony is not like these guys, he’s a little bit more tough than all of them.”

Ferguson has won his last 12 in a row, in fights that he’s been dropped, rocked, and bloodied, but still managed to pull through to get the win. Nurmagomedov on the other hand, has not been nearly as tested inside the octagon, having mauled just about everyone put in front of him.

Khabib Nurmagomedov more motivated than ever: Past opponents not as tough as Tony Ferguson 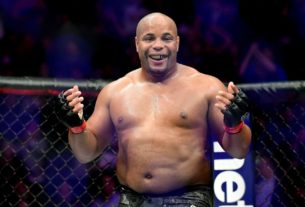 Blaydes: Cormier’s Ego Will Be Downfall In Miocic Trilogy

Wellington Turman hospitalized, out of UFC Fight Night vs. Aliaskhab Khizriev on Feb. 6