Just yesterday, Robert Whittaker vs. Darren Till was announced as the official headliner for UFC Fight Night 178, which is currently set to take place on Sat., Aug. 15, 2020, from Dublin, Ireland. Though the exact circumstances of every future event is very up in the air right now, betting odds have already been released, and they favor the Englishman.

Till is the slight favorite at -125, while Whittaker enters at even odds per Betting Insider Journal.

Though definitely close, it’s really interesting to see just how much public perception has shifted for both men after just a single fight. Whittaker is a former champion who has only lost to Israel Adesanya at 185 lbs., but his struggles with injuries and losing via knockout has definitely shaken public confidence.

Meanwhile, Till was widely regarded as a sacrificial lamb opposite Kelvin Gastelum and was a considerable betting underdog. One win — and a split-decision at that! — has completely reversed those views, and now Till is favored to defeat the former champion in a likely title eliminator bout.

Things change quickly in MMA! Speaking of, where are the odds for whether or not this Dublin event scheduled for August gets relocated to the UFC APEX center too?

The MMA world really only has one option regarding how to respond to Coronavirus, and that option is memes.

There are also more serious concerns at hand though, such as fighters living paycheck-to-paycheck and the vital importance of Tony vs. Khabib.

NBA, NHL and MLB players have (mostly) guaranteed contracts, so yeah, the leagues being suspended isn’t good but the players at least get paid.

UFC/MMA fighters aren’t afforded the same opportunity. The upcoming events should probably be postponed, but UFC fighters need that $.

The history of Khabib/Tony in one tweet: An injured rib, blood in lungs, Tiramisu, a cord cable, a global pandemic. https://t.co/LosY3oqLLB

And finally, here’s a few examples of cancellations/adjustments in the combat sports realm:

BREAKING NEWS: I have decided to turn all events for ONE Championship into closed-door, audience-free events effective immediately. Bar none, the safety of our fans, athletes, staff, partners, and the public is the highest priority for ONE Championship. https://t.co/piL5ITQ5WE

GLORY announced that GLORY 76 ANTWERP, which was set to take place on March 28, and GLORY 77 MIAMI scheduled for May 30 will be postponed.

New dates for both events will be announced in the near future. pic.twitter.com/aMVEM9TuT4

Some art to remind us of better days … from less than a week ago!

Clay Guida being a former Strikeforce champ is a bit of trivia many may be unaware of, but finding out that CHUCK NORRIS awarded him the belt makes it extra special.

Only Chuck Norris hands out Gold Championship Belts on his 65th Birthday. #throwback to 2006 Thanks and Happy 80th Birthday Uncle Chuck!!! #legend #chucknorris

Ever wondered why cartwheels are such a common warm up in the martial arts community?

Countering the spin with a spin seems to be a bizarrely effective solution!

The monkeys in South East Asia are d*cks on a regular day.

Hundreds of hungry monkeys swarm across Thai street as ‘rival gangs’ fight over food after tourists who normally feed them stay away because of coronavirus https://t.co/lQZ0sOzwDF pic.twitter.com/8TgrCTBrQ8 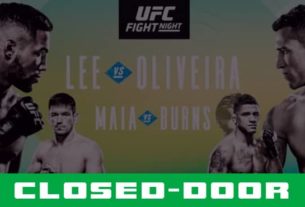 UFC Brasilia to go behind closed doors due to Coronavirus lockdown 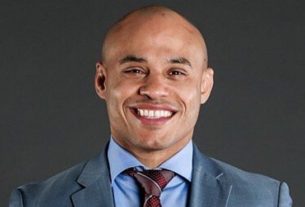