The show will not go on…for now.

It seems it didn’t exactly take an official nationwide shutdown to prevent the Ultimate Fighting Championship (UFC) train from chugging along amid the coronavirus pandemic.

According to an email UFC president Dana White sent to all of his employees (via MMA Junkie), this weekend’s (Sat., March 21) UFC Fight Night 171 event, which was originally set to go down in London, England, has been postponed. While we already knew several bouts had been scratched, and that UFC was looking to still stage the event elsewhere, it seems the promotion has decided to fall in line like every other sports organization on the planet and halt business for the foreseeable future.

That means UFC on ESPN 8, scheduled for March 28, as well as UFC Fight Night 172, which was set for April 11, will also be temporarily delayed.

This has been a crazy couple of weeks. We’ve been doing everything possible to stick to our live events schedule because the fighters want to fight, our employees want to work, and the fans want to watch our sport. So many people have reached out over the past few days to say thanks for not canceling our Brasilia event on Saturday. When weird things happen in the world, or when there’s a tragedy, like the October 1 shooting, people want things to get back to normal, and nothing feels more normal than watching sports.

We did everything we could to relocate our next three events– London, Columbus, and Portland. But every day, there are new restrictions put in place on travel and large public gatherings that are making it impossible to stay on schedule. We can’t even hold an event in Vegas, our home town, because there’s a ban on all combat sports events in Nevada until at least March 25.

As you heard me say, I’ve been in the fight game for 20 years, and this is what we do—we find a way to keep our events going no matter what. If fighters miss weight, if fighters get hurt, or if states won’t regulate us, we figure out a way. But this is different. The whole world is being affected right now, and nothing is more important than the health and safety of you and your families.

That’s why we are closing all UFC offices effective immediately, including HQ in Vegas, through at least March 31st, and asking all employees to work from home. The PI will also be closed to all personnel, including athletes, during this time. The next three events– London, Columbus, and Portland—will be postponed. UFC 249 is still scheduled as planned, but the location may change. We’ll keep you posted.

I tell you guys all the time, you are the BEST TO EVER DO IT. It feels shitty now, but WE WILL GET THROUGH THIS, and we’ll be TOUGHER, STRONGER, AND MORE BADASS than before. Right now, the number one priority is to take care of yourselves and your family.

Finally, I want you to know that UFC has your back. If you or any member of your family is showing symptoms of coronavirus and you’re having trouble getting to a doctor, please reach out to me, Lawrence, or Hunter.

UFC officials were left scrambling and tried to move UFC Columbus and UFC Portland to its Apex facility in Las Vegas, Nevada. But after the Nevada State Athletic Commission (NSAC) pulled all combat licenses, it was just a matter of time before the cards fell apart. This, despite the fact that those two cards were exempt from NSAC’s decision at the time of voting.

The news will be applauded by many in the mixed martial arts (MMA) community who weren’t too pleased with the promotion’s plans to push on. Many fighters, however, were more than eager to keep the show going.

Nevertheless, White is optimistic that the highly-anticipated lightweight title fight between division king, Khabib Nurmagomedov, and Tony Ferguson will go down on April 18 at UFC 249. Though he will likely face hurdles trying to lock down a venue for that bout, as well.

Thoughts on the decision? 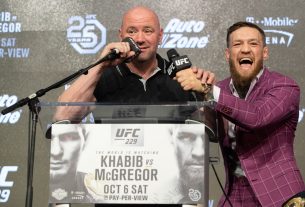 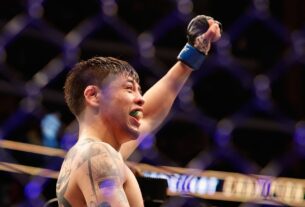