Former Ultimate Fighting Championship (UFC) lightweight, Jon Tuck, was recently arrested in his native Guam and charged with third- and fourth-degree criminal sexual conduct, according to a report from Guam Daily Post.

Tuck, 35, dropped a unanimous decision to Al Iaquinta on season 15 on The Ultimate Fighter (TUF), but was invited back to UFC in late 2012, where he put together a 4-5 record in nine trips to the Octagon.

“Super Saiyan” (11-5) parted ways with UFC back in 2019 and made his Bellator debut last December, starching Ryuichiro Sumimura as part of the promotion’s “Fedor vs. Rampage” event in Saitama, Japan.

“To represent Guam, it’s just a huge honor,” Tuck previously told Bloody Elbow. “It’s a huge honor to represent my people and everybody who supports me. For me, that seafaring culture that we had from the past, it’s the same thing that I’m doing with fighting. Basically, I’m seafaring to go and make strides for my people and to represent my culture and ancestry. And going out there, every time that I fight, I always put it on for my island. Not only myself and my family, but my island.”

Tuck’s case is now in the hands of the office of the Attorney General. 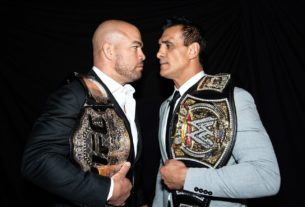 Del Rio On Shove From Ortiz: ‘He Can Dish It Out, But He Can’t Take It’ 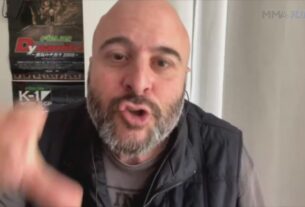 Michael Schiavello: Demetrious Johnson ‘is going to have his work cut out for him’ at ONE on TNT 1