Jon Jones did it again! In the most surefire sign that the world continues to spin despite the COVID-19 pandemic, Jones once again finds himself in trouble with the law. Earlier today, police reports revealed that Jones was arrested for Driving While Intoxicated (DWI), in addition to having an open container and negligent use of a firearm.

Unfortunately for “Bones,” this is not new behavior. The Light Heavyweight kingpin was stripped of his title back in 2015 after a hit-and-run incident and has a previous DUI on his record. As a result, public sympathy has been … limited to say the least.

However, Jones can count Valentina Shevchenko among his remaining friends, as the Women’s Flyweight strap-hanger took to Twitter to defend Jones.

So sad the modern world is all about hype!
Now many people starting to insult Jon Jones without knowing his real situation!
Fighting on the same card , I could see he is kind and noble man !
Him being in all that difficult times – he will be back Stronger !

As the Tweet mentions, Shevchenko and Jones both defended their titles at the UFC 247 event, and apparently the pair struck a friendship. However, it’s definitely hard to understand how the situation is “all about hype” given how many times Jones has struggled with alcohol and driving in the past.

Dominant champs have to stick together?

As mentioned, some folks have been a touch less than sympathetic:

When you hear Jon Jones got arrested for a DWI and negligent use of a firearm while drinking the alcohol you’ve been promoting pic.twitter.com/1ibLomY9Fg

Alternatively, Thiago Santos has taken the opportunity to call for a title fight with Dominick Reyes, and I AM HERE FOR IT!

I think UFCs 205 div needs a new champ! ( One thats not forever in trouble!)
I think me and Reyes deserve to fight for that belt! @danawhite @Mickmaynard2 @ufc @DomReyes @UFCBrasil @Alexdavismma @espnmma

Last post on the “Bones” topic: an ominous reminder that perhaps there could be actual consequences this time.

This moment came to mind today. March 2016, the last thing the judge told Jon Jones when he left court that day in Albuquerque, after taking a plea deal on multiple charges. pic.twitter.com/dDxvEWGuuk

When I’m bored in the house, I eat cupcakes … this is cool too!

Bored in the house @BellatorMMA pic.twitter.com/s6Mne5Ypy7

I’ve run out of things to say about Joe Rogan tattoos. We need to hire a psychoanalyst and really dig into these!

Maybe not the most conventional training methods, but who are we to judge…? Link in bio

Four real hard right hands (set up by some excellent hand-trapping) in the first few seconds!

First round destruction by Minoru Kimura in the quarterfinals #KFESTA pic.twitter.com/SEGd9K3z1f

Here’s to a classic KO:

On this date in 1967, Muhammad Ali knocked out Zora Folley in what would be his last fight before being banned from boxing and stripped of his heavyweight titles. pic.twitter.com/wXAttyz1gU

A fascinating and unexpected bit of history on the cracker brand name “Triscuit” — it’s worth the click.

OK, buckle up. I wanna talk to you about Triscuit. pic.twitter.com/Tg7334OSbc

Midnight Music: Ever heard the original John Cale mix of The Stooges’ self-titled debut? It was rejected by Electra for being too raw, which means it is definitely worth a listen! 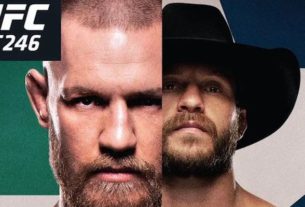