In light of the growing coronavirus pandemic in the United States, Bellator MMA made the wise move to call off Bellator 241: “Pitbull vs. Carvalho” on March 13, 2020 at Mohegan Sun Arena in Uncasville, Connecticut. The fighters had already weighed in and it seemed at first like the show would go on in an empty arena, but it was ultimately too big of a health risk to take.

Continuing that assessment of risk vs. reward, Bellator MMA has decided it’s not worth risking the health of the fighters, their teammates, the production staff, cameramen, refs and athletic commission personnel going forward in May. Here’s more from Ariel Helwani.

Bellator has canceled its May 9 (San Jose), May 16 (London), May 29 (Temecula) events because of the COVID-19 pandemic, according to multiple sources. Those were the promotion’s next three shows on their calendar.

Bellator London: “Gallagher vs. Ellenor” would have taken place one week later at SSE Arena in London, England featuring a long-awaited bout between “Strabanimal” James Gallagher (10-1) and Callum Ellenor (8-2). Bellator MMA had twice tried to put this fight together at Bellator 227 and Bellator 240 before injures intervened.

Bellator 243: “Carmouche vs. Böhm” on Fri., May 29, 2020, had only one fight announced thus far, but it was to be built around the promotional debut of former UFC star “Girl-Rilla” Liz Carmouche (13-7) against newcomer Mandy Böhm (6-0). It’s unlikely we’ll ever know what the rest of this card would have been.

Bellator MMA released the following statement about this difficult decision:

“As always, the health and safety of our athletes, fans, partners and staff remains our top priority. We appreciate the understanding and patience of everyone involved during this incredibly difficult time. Refunds for ticket holders to these events, as well as Bellator 241 originally scheduled for March 13 at Mohegan Sun Arena, will be available at their original point of purchase.”

As Lonely Island once said about the Space Olympics, all other events are pending.

To check out the latest Bellator MMA-related news and notes be sure to hit up our comprehensive news archive right here. 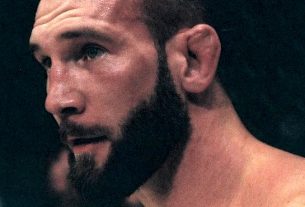