Among the fighters waiting to see if the long-anticipated UFC 249 card was going to happen on April 18 was bantamweight Sarah Moras.

Having just come off a win in her previous bout at UFC 242 in September of last year, Moras was looking to continue to build her momentum when the coronavirus pandemic struck. Thankfully for Moras, she’s able to see some good in what has been a sport-crippling situation.

“My (UFC 249) fight was scheduled the whole time,” Moras told MMAWeekly.com. “It was never canceled or postponed until (they made it official). Having a fight scheduled and focusing on that was kind of a nice break from reality in a way. At least I improved as a fighter, so there are positives to it all.”

While there was a lot of doubt whether UFC 249 would happen on its scheduled date of April 18, for Moras the event was never in question until the end. As such, she was constantly working for her proposed fight with Sijara Eubanks as best she could during lockdown.

“I had a feeling it wasn’t going to happen, but I was being told they were still working on it and that it’s going to happen, so I just kept training,” said Moras. “My boyfriend I live with is one of my main training partners, so I kind of lucked out that way having him around the whole time. We had some mats, not the best, but at least something, so we were able to get in some work at home.

“(The day UFC 249 was officially canceled for April 18) it would have been my last training session. I think I would have taken the next week mellow like I would have anyways with a fight coming up, then I think I will get back to training.”

One of the stories circulating amongst media both inside and outside MMA was rumors of the UFC taking its operation to a private island for a series of fights. For Moras, it was easy to ignore these distractions as the original date for UFC 249 would have made it improbable to happen anywhere outside the continental United States.

“It was mostly headlines that were saying the island thing, but when you read the articles it said not for a few months, so I knew that my fight wouldn’t be on an island,” Moras said. “So I kind of figured with the whole country locked down that it would probably be on private land.”

When the lockdown is lifted and the UFC is able to resume events, Moras would like to have her UFC 249 match-up, but if it’s not possible, she’s game to face anyone that gets put in front of her.

“I really like the idea of fighting Eubanks,” said Moras. “I think I was very prepared for this fight. I would have been able to put on a really good show. But at the end of the day I’m willing to fight anyone.” 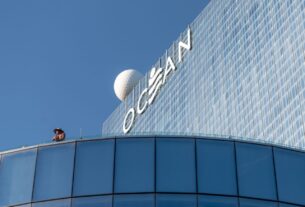 Robert Whittaker up next for Israel Adesanya, confirms Dana White