The elder Nurmagomedov was reportedly hospitalized for pneumonia and fever, but has given a positive update on his health.

Good news for those worried about the health of UFC lightweight champion Khabib Nurmagomedov’s father Abdulmanap, who was reported to be suffering from pneumonia earlier this weekend.

According to a follow up from Russian News Agency TASS, the 57 year old Abdulmanap is already on the road to recovery.

“I feel fine, everything is well,” he told TASS (via RT Sport).

With reports that Russia has been downplaying the number of Coronavirus infections in the country by classifying many as standard pneumonia cases, there was fear that the elder Nurmagomedov might have contracted COVID-19. There was no clarification as to whether this was the situation with Abdulmanap, but regardless it’s very nice to hear he’s doing better.

“Abdulmanap is in Makhachkala, in the Second City Hospital. He got sick in the mountains,” Dagestani sports reporter Ramazan Rabadanov told Championat.com on Saturday. “He walked for two days, the brothers barely persuaded to go to the hospital. While coronavirus is not confirmed. They say the flu. No one is allowed to visit him. The world champion Shamil Zavurov also fell ill. They say there are other sick athletes.”

Abdulmanap’s son Khabib was set to face Tony Ferguson in a lightweight title defense on April 18th before the Coronavirus pandemic derailed the fight for a fifth time. Now with the Islamic tradition of Ramadan running from April 23rd to May 23rd, the window is closed on Khabib being able to fight until the fall of 2020.

According to UFC president Dana White, the fight between Tony Ferguson vs. Justin Gaethje for the rescheduled UFC 249 event on May 9th will be for an interim lightweight belt, with the winner facing Nurmagomedov in September.

Conor McGregor discusses his preparations for life after fighting 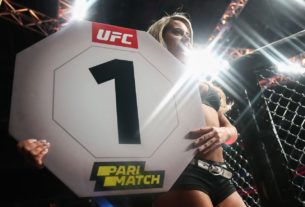