Skip to content
Karl Roberson excited for launch of UFC’s ‘Fight Island’: ‘This will show who the real fighters are’

Karl Roberson is all in on the UFC’s most mysterious concept to date.

The middleweight fighter is excited for the launch of “Fight Island” – a project UFC president Dana White has teased in the media for a couple of weeks. White said the company has an island reserved and infrastructure is being built in order to host fights and provide lodging for international fighters who can’t get into the U.S. due to travel restrictions implemented in response to the ongoing outbreak of COVID-19 around the globe.

Roberson (9-2 MMA, 4-2 UFC) believes the island, paired with today’s trying times, will put the UFC roster to the test.

“I’m down; that’s like the ‘Mortal Kombat’ of the year,” Roberson told MMA Junkie. “I’m definitely down for that – throw us on the island and see who comes out on top.

“I love it. This will show who the real fighters are. This is the time that will show who’s a fighter and who’s an athlete, who’s just here for the cameras and all that stuff because the cameras aren’t here anymore, and nobody is out. So you have to get up on your own, do stuff by yourself, bored as hell, tired as hell, mundane, but you still got to do it. It shows who really wants it, and it’s going to show when everybody steps on that ‘Fight Island.’”

There is no set date on when “Fight Island” will launch, but it’s expected to be running in the coming months. The safety precautions and measures taken to avoid coronavirus infection have yet to be announced for the island events.

The UFC did put out a statement on the health and safety for its upcoming May 9, May 13 and May 16 events at theVyStar Veterans Memorial Arena in Jacksonville, Fla.

Roberson is not concerned about safety measures, as he trust the organization will take the right precautions.

“I know the UFC is going to take care of everything,” Roberson said. “They’re legit and they’re going to make sure all of us fighters stay safe, so I’m looking forward to dropping us off wherever that is and step in that octagon and do some work.”

Roberson was scheduled to meet Marvin Vettori on April 25, but the event got canceled, putting his fight with Vettori in limbo. The 29-year-old hopes the booking remains intact, as he’s looking to get a top-15 matchup next with a win over the Italian.

“I like to fight the best of the best, and he’s one of the best up-and-comers,” Roberson said. “Me and him are coming up the same way, and he likes to talk all that (expletive) like fighters don’t want to fight him and all that. I’m definitely not one of those fighters, and it shows in my career. I fight whoever says they want to fight – we sign, we step in that octagon, and we see who’s the best. So we’ll see if his mouth can write a check that his ass can, too.”


Karl Roberson excited for launch of UFC's 'Fight Island': 'This will show who the real fighters are' 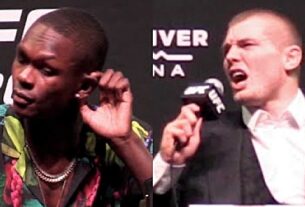 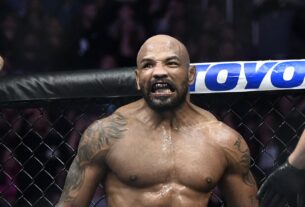 Romero Will Return In August (And Kill Someone)