“Yes, those were Anthony Smith’s teeth that he handed to referee Jason Herzog mid-fight.” — Ariel Helwani

In addition to a busted nose, as well as a broken orbital bone, Smith lost two of his permanent teeth (one in the front and one toward the back). The former middleweight reached out and handed one to referee Jason Herzog midway through the fight.

“I couldn’t keep my mouthpiece in place due to the missing tooth,” Smith told Ariel Helwani. “I looked down and it was on the canvas. So I grabbed it and handed it to him.”

Smith, 31, drops to 33-15 with the fifth-round finish and will likely be out of action for the remainder of the year. Teixeira, meanwhile, improves to 31-7 just a few months shy of his 41st birthday. 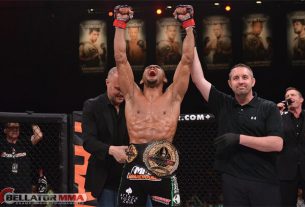 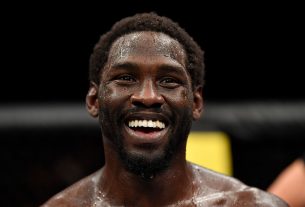