All Mike Tyson had to do was publish a few seconds of his recent workout, which featured “Iron Mike” violently smashing the pads, to earn a $20 million contract offer from prescient promoters in the world of bare-knuckle boxing.

Probably because Tyson’s comeback is matter of “when,” not “if.”

One fan who seems overly enthused about the return of the former heavyweight boxing champion is Joe Rogan. The UFC color commentator recently watched the training video alongside podcast guest Tom Papa.

“Mike Tyson is coming back, he looks fucking sensational,” Rogan said. “He looks fucking incredible, terrifying. That’s so terrifying. If they don’t drug test him, don’t test him for hormones, things are way different. If he’s taking testosterone, growth hormone, thyroid hormone your body functions way better at a way later age. If they don’t test Tyson and Holyfield and all these guys, we might see some crazy shit. I don’t know, maybe he’s not on anything. Maybe he’s just a special athlete.”

It’s unlikely that Tyson’s comeback would be for anything other than charity, or perhaps exhibition. Then again, if his current financial situation warrants a multi-million dollar payday, a trip to the bare-knuckle arena may be closer to reality than originally thought.

Fortunately for “Iron Mike,” his options are not limited to the current crop of combat sports athletes. Fellow senior pugilists Evander Holyfield and Shannon Briggs are also coming back for another round (or 12) in the “sweet science.” 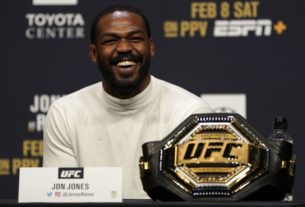 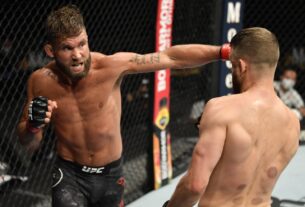