Sean O’Malley teased a fight announcement for UFC 250, and now it’s come to fruition in the form of a showdown with Eddie Wineland.

O’Malley (11-0 MMA, 3-0 UFC) meets Wineland (24-13-1 MMA, 6-7 UFC) in a bantamweight bout on the June 6 card, which is expected to take place at UFC APEX in Las Vegas pending the Nevada Athletic Commission’s approval to resume combat sports in Nevada.

MMA Junkie verified with multiple people close to the situation that both men have agreed to the matchup following an initial report from ESPN. The people requested anonymity because UFC has yet to make an official announcement.

O’Malley returned from a nearly two-year layoff at UFC 248 in March when he scored a first-round TKO of Jose Quinonez to keep his undefeated record alive. He pushed for a step up in competition, and now he’ll get it in the form of a former WEC champion and interim UFC title challenger.

Wineland, 35, will fight for just the second time in 22 months when he competes at UFC 250. His most recent bout came at UFC 238 in June when he scored a second-round knockout of Grigory Popov. 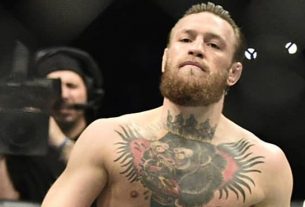 Darren Till opens as betting underdog against Jack Hermansson