Belal Muhammad vs. Lyman Good has been rebooked for the UFC’s event on June 20.

The welterweight matchup was initially scheduled for UFC 249 on April 18, but Good was forced out after testing positive for COVID-19. The event was then later postponed due to the coronavirus pandemic.

The fight will now take place on June 20. MMA Junkie confirmed the rescheduling after an initial report from ESPN. Good also has posted about it on social media.

Muhammad (16-3 MMA, 7-3 UFC) has won six of his last seven and is coming off a third-round submission finish over Takashi Sato last September, which earned him a “Performance of the Night” bonus.

Good (21-5 MMA, 3-2 UFC) was the first active UFC fighter to test positive for COVID-19 last month, which he masked as an injury in an attempt not to feed into any hysteria about the virus. Now healthy, Good, who’s coming off a third-round finish over Chance Rencountre last November, will look to string back-to-back wins for the first time since 2015.

With the addition, the current June 20 lineup includes: 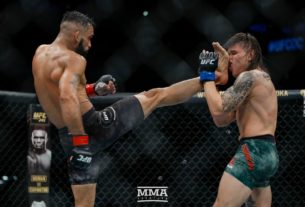 Here’s EVERYTHING That Happened At UFC D.C. 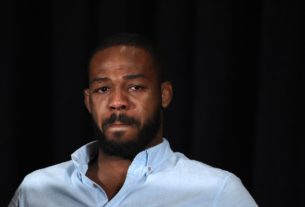 Blachowicz Vs Jones ‘Does Nothing’ For Brendan Schaub