A flyweight matchup is in the works for the UFC’s June 13 card.

A matchup between former title challenger Jessica Eye and Cynthia Calvillo has been target as the evening’s main event. Two people with knowledge of the situation confirmed the news with MMA Junkie on Saturday after an initial report by ESPN.

The event does not yet have an official location.

After dropping down to flyweight from bantamweight, Eye (15-7 MMA, 5-6 UFC) won three in a row, earning a title shot against champion Valentina Shevchenko. She fell short in her pursuit of gold, suffering a second-round knockout at the hands of “Bullet,” but since then, has rebounded with a win over Viviane Araujo last December.

Calvillo (8-1-1 MMA, 5-1-1 UFC) is coming off a majority draw against Marina Rodriguez, in a scheduled straw weight bout where she missed weight by four and a half pounds. She will make her 125-pound debut when she takes on Eye.

With the addition, the current June 13 lineup includes: 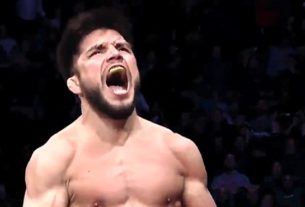