Shortly after Henry Cejudo retired from the fight game after knocking out Dominick Cruz at UFC 249, Dana White pegged Petr Yan as one of the men who would fight for the vacant belt later this year.

And now, it seems White has found the other half of the equation.

During a recent appearance on ESPN’s SportsCenter, the outspoken head honcho revealed that the promotion is looking at booking Jose Aldo to face Yan for the 135-pound title at an event to-be-announced later this year.

Aldo was lined up to face Henry Cejudo at UFC 250 this month, but after the COVID-19 pandemic threw a wrench in those plans, Cruz was pegged as Aldo’s replacement. Still, some may raise an eyebrow at the news, as the fact remains that the Brazilian bomber has lost his last two fights, most recently dropping a split-decision to Marlon Moraes at UFC 245.

Of course, Cruz was coming off a loss, as well, and an extended hiatus before he got the call up for the 135-pound title fight. White was quick to defend the move due to Dominick’s history as a former longtime champion, something that will likely be the reasoning for Aldo — who is ranked No. 6 — as well.

As for Yan, he has done more than enough to get his first crack at winning UFC gold, winning nine in a row including all six of his UFC fights. In his last outing, Yan knocked out Urijah Faber to go 14-1 overall in his career.

Should this title fight come to pass, how do you see it playing out? 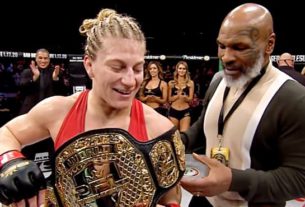 Cory Sandhagen would accept title shot, but open to Frankie Edgar or TJ Dillashaw next