Chael Sonnen is not rushing to join the growing list of disgruntled former UFC fighters who have issues with retired matchmaker Joe Silva.

In recent days, something of a movement has begun with the hashtag #JoeSilvaStories spreading on Twitter. A number of fighters, from former title challengers Gray Maynard and Jon Fitch, to veteran Brendan Schaub and more, have aired grievances with how Silva conducted business during his roughly 20-year tenure as a UFC executive.

Many of the stories include Silva allegedly being verbally abusive to athletes and implementing cutthroat negotiation tactics. Silva’s job wasn’t merely to pick two names and match them up but also the consistent juggle of keeping the size of the roster manageable through signings and releases, ensuring contracts were honored within the obligated window and scouting the next generation of talent to come through the company. He explained the conditions he worked through in a 2013 interview with MMA Junkie.

Sonnen, who fought under the UFC banner 14 times during Silva’s run as matchmaker, said his interactions were somewhat in line with what others are describing. The difference, however, is Sonnen had a firm understanding of the many layers and complexities that went into Silva’s job.

“He was really good at what he did, and Joe really deserves a lot of compliments for that,” Sonnen said on his YouTube channel. “Some of the stories from the guys that have been coming out are very mean, and they were very mean because somewhere along the way Joe had hurt their feelings, and this was like that payback of sorts. But I don’t know that if you listen to these guys’ stories, and they were largely telling them on social media, you will also probably miss there’s tongue in cheek in some of these stories. There was an appreciation for the attitude and the way in which Joe Silva did things.

“I have my own Joe Silva stories, but they were all positive. Some of them were very similar to the guys whose feelings show. I just got it. I got Joe from the beginning, and I get he was a hard worker with a ton of stuff to do and like anybody, there’s only so many hours in the day. I also understood there was a very big human element to Joe’s job that Joe did not naturally fit. Joe had to become the bearer of bad news. He wanted that job; he put on great matches for all of the fans and viewers.”

Silva-Sonnen or Kongo-Barry: What’s the ‘Best Comeback in MMA History’?

Sonnen went on to explain that Silva’s role is largely unenviable. For every dream he makes true by signing a fighter, there’s the opposite side of the coin where it’s his responsibility to crush those same dreams. Sonnen said that Silva had no time to tiptoe around the feelings of each individual while maintaining a roster that grew by hundreds over the course of his career, and that’s why he likely came off as ruthless to so many who dealt with him.

“When you don’t have time to do all the nice and the letdown and the this and the that, you just have to come in and pull Band-Aids off because then you’ve got to move one locker room down and do it two more times before you get across the hallway and do it three more times all before the press conference,” Sonnen said. “There’s so many things, and that job went so fast. He was short in his time, made him get to the point and, sure, it could make it rude. But the bottom line is everything was equal. Yeah, Joe had to give you bad news. But Joe was the guy that called in the first place to make your dreams come true. That gets forgotten over time, and all you remember is the negative interaction.” 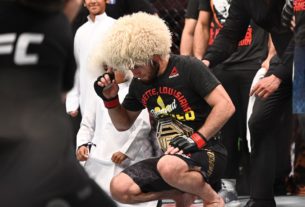 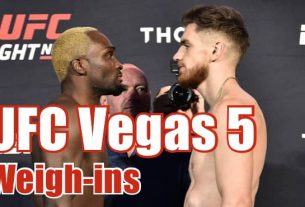