Frankie Edgar has only competed at lightweight and featherweight in the UFC – but that’s about to change.

The next time fight fans see him compete, Edgar (23-8-1 MMA, 17-8-1 UFC) will have made the drop to bantamweight. If all goes according to plan, he’ll take on Pedro Munhoz in the July 15 co-headliner as part of UFC “Fight Island” on Yas Island.

In an image posted Monday by his manager, Ali Abdelaziz, Edgar looks lean 16 days out from his 135-pound debut. According to Abdelaziz, Edgar currently weighs 146 pounds. That’s the featherweight limit.

The former UFC lightweight champion and UFC featherweight title challenger will have to shed another 10 pounds in order to hit the bantamweight limit of 136 pounds.

Check out Frankie Edgar’s new look in the image below:

The UFC’s run in Abu Dhabi begins July 11, with the three-title fight extravaganza that is UFC 251. That’s the first of four straight “Fight Island” events in July.

Edgar vs. Munhoz is set as the co-headliner for the third “Fight Island” event, on July 15.

Photos: Frankie Edgar through the years 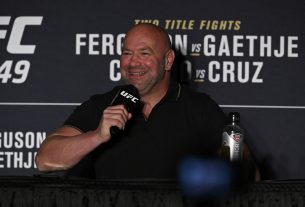 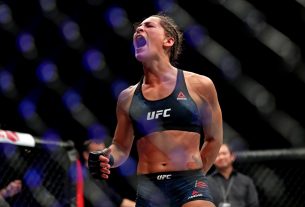