The Ultimate Fighting Championship recently held its fifth event at the Apex, its own arena and broadcast facility based on the UFC’s Las Vegas campus. The venerable fight promotion is now set to travel to Abu Dhabi for a slate of four events over the course of 15 days on Yas Island.

Dubbed UFC Fight Island, company president Dana White arranged for the venue as a place to more easily get his athletes outside of the United States back to work. Some fighters have been able to make the trek to Las Vegas, but there are too many restrictions and governmental delays in obtaining visas to reasonably get many of the rosters international-based fighters into the country.

White was extremely quiet about the location and its infrastructure until just recently, when he revealed the location of Fight Island. Now, the UFC has released promotional videos to hype up the fight cards. White joined in on Tuesday by sharing a video from Abu Dhabi, which shows a map of Fight Island, some of the COVID-19 testing that is already underway, and details much of the infrastructure as the UFC prepares to take up residency there later this week.

This is the first look at the testing and infrastructure being built on Fight Island (Yas Island, Abu Dhabi). This experience is going to so BADASS for my fighters and my staff!!! #InAbuDhabi 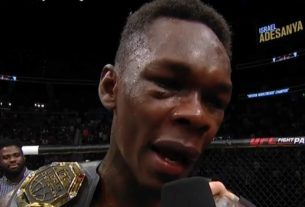