Max Holloway has been able to outpace the majority of the 145-pound division, but met his match when he met Alexander Volkanovski.

Volkanovski threw hard leg kicks early, a technique that would become the story of the fight. He charged in with combinations, backed  Holloway up and didn’t allow him to control the center of the octagon.

Holloway started to ramp up the offense, countering Volkanovski’s leg kicks with solid one-two combinations and shots to the body. But Volkanovski continued to beat Holloway to the punch and chopped away at his legs throughout the fight. The Aussie’s distance management was impeccable, as he shut down Holloway’s offense and out-struck the Hawaiian.

Now the newly-crowned featherweight champ returns in the co-main event of UFC 251 when he faces Holloway in a 145-pound title rematch.

Before he faces Holloway, relive Volkanovski’s championship-winning performance in the video above. 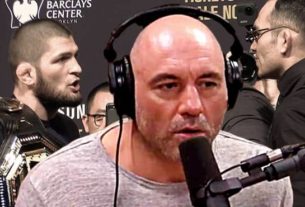